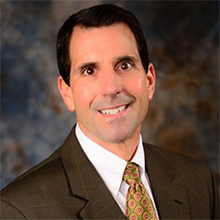 Spencer M. Reese graduated from Colorado College with a Bachelor of Arts degree in Business Administration in 1982. He thereafter worked in the insurance industry before attending the Washington University School of Law, from which he graduated in 1986. He began his legal career practicing in the areas of environmental law and commercial litigation in Boise, Idaho.

In 1992 Mr. Reese joined the legal department of the direct selling company Melaleuca, Inc. in Idaho Falls, Idaho. Among his functions in this capacity Mr. Reese was responsible for: (1) Distributor compliance; (2) Corporate regulatory compliance, including FDA, FTC, and state regulatory affairs; (3) Managing the company’s substantial intellectual property portfolio; and (4) Handling all of Melaleuca’s litigation. Notable among the cases successfully concluded by Mr. Reese include the dismissal of a class action lawsuit filed against Melaleuca alleging the company was operating an illegal pyramid, an unregistered security, an illegal postal lottery, and was in violation of numerous consumer protection laws. Mr. Reese was also responsible for the resolution of numerous distributor cases including, litigation stemming from the termination of the company’s premier distributor.

Mr. Reese is a member of the Utah, Idaho, Colorado and Missouri bars, and is an active member of the Direct Selling Association’s Lawyer’s Council and the Government Relations Committee. He has regularly contributed articles to a variety of industry publications, including Network Marketing Lifestyles and Upline Magazine. Mr. Reese is also a contributing author to Angela Moore’s industry acclaimed book Building a Successful Network Marketing Business. Many of his articles are also available on the Reese, Poyfair, Richards PLLC’s website at mlmlaw.com/dev.