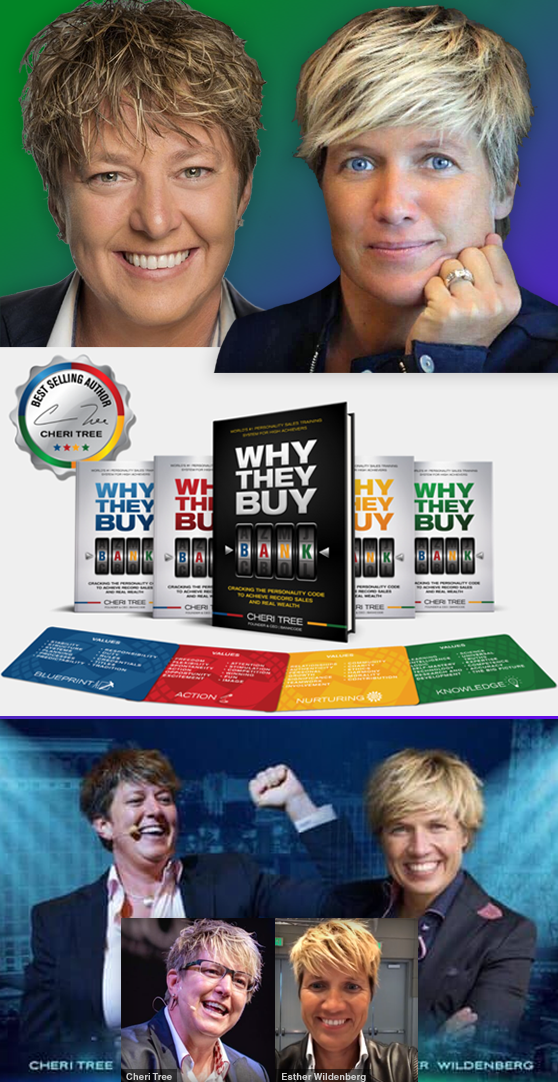 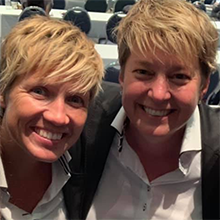 CHERI TREE is the Founder and CEO of BANKCODE™ and the author and creator of B.A.N.K.™ With more than 20 years of experience in sales and a multimillion dollar income, Cheri Tree is the world’s leading authority in Personality Sales Training. Using the B.A.N.K. system, Cheri took her annual income from $72,000 to over $500,000 in just 12 months and to over $1 Million within three years. A recipient of numerous awards and recognitions, she is best known for her record of taking her sales income from $8,000 to $261,000 in just 28 days! As a celebrity speaker and trainer, Cheri teaches the B.A.N.K. system to top sales organizations worldwide.

Cheri is a featured keynote speaker at conferences around the world, including the National Achievers Congress in Asia, Africa, and Europe. She has shared the stage with other celebrity speakers, including Les Brown, Robert Kiyosaki, and Sir Richard Branson. She was featured in Your Business at Home, Success From Home, and other well-known international publications. In addition, Ms. Tree has spoken and lectured about the genius of B.A.N.K. at the UC Berkeley Haas School of Business Alumni Network and at Harvard University. In 2014, Cheri Tree was awarded the American Riviera Woman Entrepreneur of the Year Award in Monte Carlo, Monaco for making a difference in the world.

ESTHER WILDENBERG is the EVP of Global Sales at BANKCODE. She is also a keynote speaker, executive business coach, sales trainer, leadership retreat facilitator and entrepreneur.

Esther was born and raised in The Netherlands, and started her career in Dentistry. Inspired to make a bigger impact on the world, she left dentistry and began to work in many industries around the world. She was the youngest CEO in The Netherlands leading an organization with 800+ employees.

Her entrepreneurial spirit drove her to launch her own consulting business which served the top 100 organizations in her country.

In 2013 Esther joined BANKCODE as a Certified Trainer, and then because of her leadership, quickly became the International Sales Director for Europe, opening 5+ countries in less than 3 months. Her success led her to become the EVP of Global Sales and in 2014, she relocated to the USA. Esther lives in Laguna Beach, California.